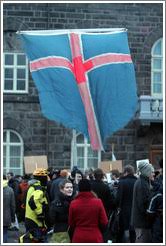 The Civic Movement Iceland expresses a deep concern about the way European political leaders manipulate the state of Greek economy and the reason for its collapse.
It is our firm belief that the Greek public is not to blame for the economic meltdown in the world, and even though, Greek banks are now on the brink of collapse, they should not be saved at any cost. Other and more important issues have to be addressed first.

The majority of the so-called Greek debts are private debts, debts of private banks operating in Greece. These privately owned banks owe other privately owned banks, mainly in Germany, France and the UK. Therefore the Greek public should not be forced to underwrite these debts.
The world economy has been proven un-economic and furthermore, it has been proven disastrous for the common public. 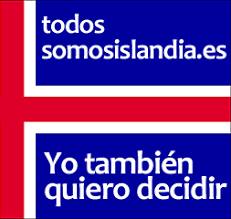 This system of imbalance with its disastrous effects, has to come to a halt.
A society will easily function with out this system but this system will never function with out a proper and sound society. And since the society is now being torn apart for the purpose of rebuilding an unsustainable financial system, it is inevitable that both will collapse.

The Civic Movement Iceland calls for action among the leaders of the world. Viable solutions have to emerge. A sustainable and just society must prevail.
That is our debt, and that particular debt is the only debt we are willing to pay.
We owe it to our children to come.

The Civic Movement is a political party in Iceland, founded by a number of grassroots movements in the lead up to the 2009 election during the Global Recession, which hit Iceland particularly hard.
In the election, the Civic Movement won 4 out of 63 seats in Althingi, the Icelandic Parliament.

The Civic Movement is no longer represented in the Althingi and is now collaborating with the Icelandic Association of Debtors and the Open Civic Forum all of whom have been working towards a reformed system and a better society, with great results. 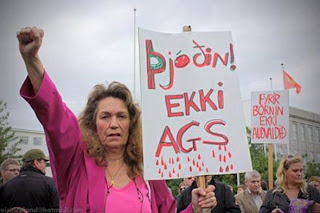 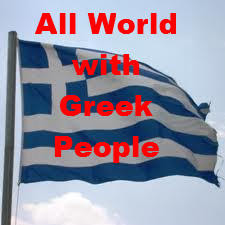